However, other text fields and data sources will number amendments in the order that they were introduced into committee. This number can also be surfaced by the House Clerk’s Office in the amendment author field.

Here’s a quick explanation on the difference and how to tell the two apart, using the National Defense Authorization Act for the Fiscal Year 2020 (H.R. 2500) as an example.

Here’s a screenshot from congress.gov website for the Blumenauer amendment to H.R. 2500 – 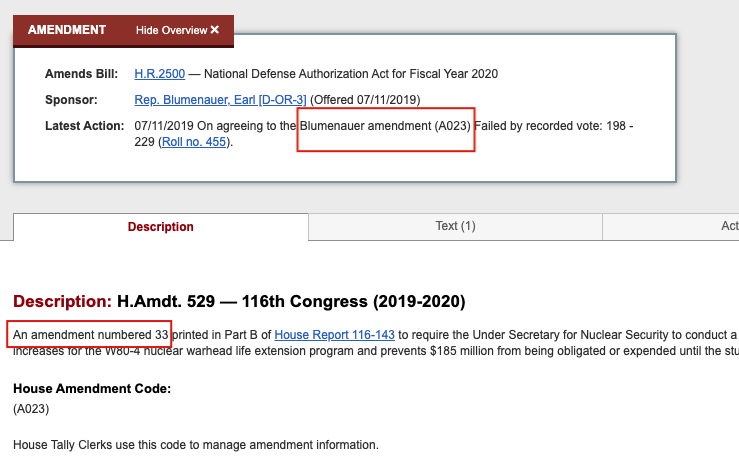 Note the two red boxes in the screenshot above. The upper box in the overview panel contains the amendment code from the house clerk (A023), while the second box in the description tab contains a different amendment number (No. 33). 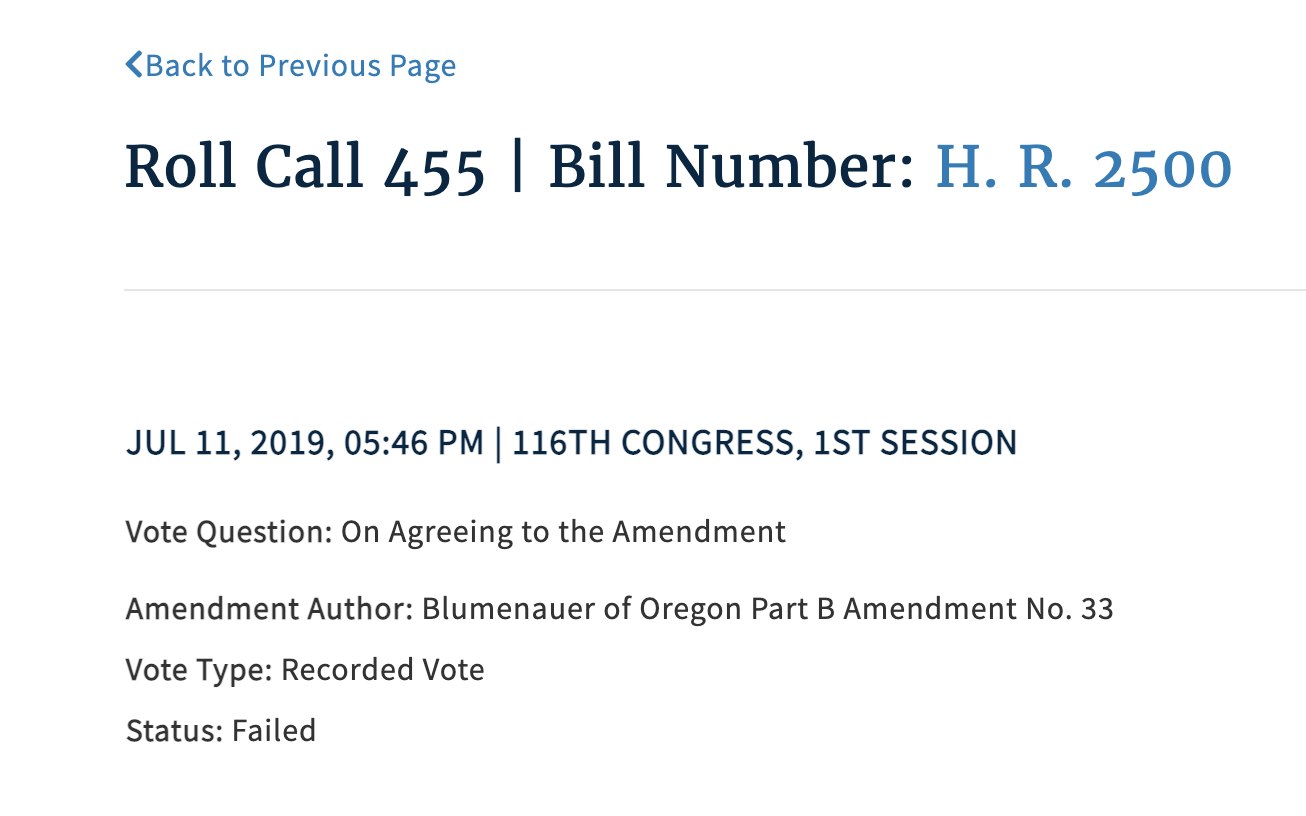 The number for Amendment No. 33 can be found in the 116th session’s 143rd House Report when amendments were introduced in committee:

The amendment number returned as the amendment code is from when the amendments were presented for consideration/votes in the congressional record Vol. 165 No. 116 (this is the second sitting for voting on amendments, there were more earlier here)

Because the votes product is focused on votes cast, we use that amendments considered number. Therefore, the roll call votes that we display for the Bluemaner Amendment will be for Amendment 23 to H.R. 2500, using the numerical value provided by the US House Clerk’s Office.

If you have further questions or feedback on this topic, please don’t hesitate to contact us at solutions@illumis.com.